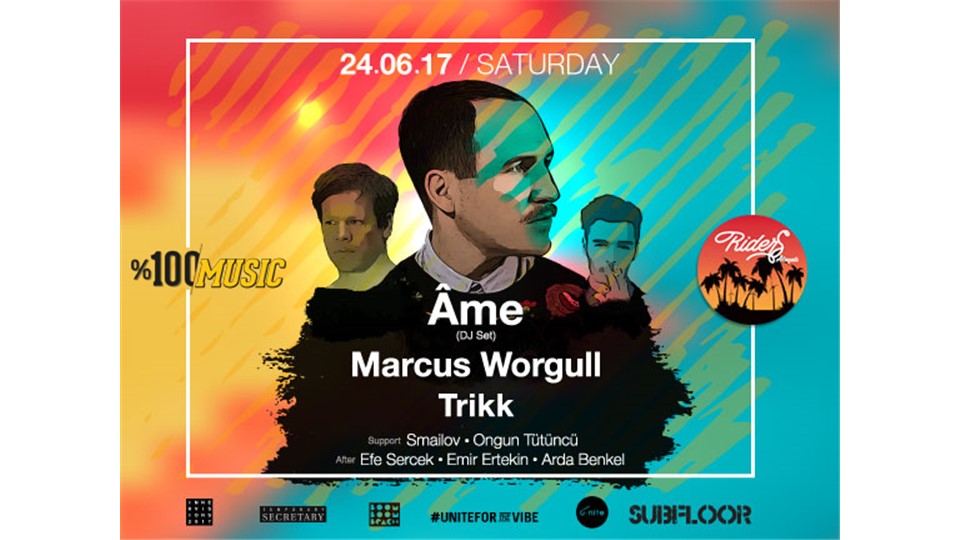 After a long night of dancing, many night club patrons leave the venue with a certain track stuck in their heads. But for Âme, the DJ/production duo of Kristian Beyer and Frank Wiedemann, the tunes lodged in their brains are the ones they didn't hear, ones not yet written that would fit perfectly in their sets. Since 2003, Beyer and Wiedemann have penned songs that once existed just outside club- goers' imagination, songs that boldly combined floor-filling elements with conceptual conceits while maintaining their visceral appeal. As part of Innervisions, the collective/label they run with Dixon, Âme (pronounced "AHM") offer glimpses of the future of electronic music through their live project, genre-melding compilations, and an independently run shop that completes the connection between artist and admirer. In a genre obsessed with reliving the past, Ame are focused on what's still to come.

Intent on not repeating themselves, Ame splintered their established sound and found a more nimble, compositional approach that yielded their scene-conquering single, "Rej." Not content to rest on their laurels as the tune made the rounds on Defected Records and many others, the pair teamed up with Dixon and Henrik Schwarz in 2006 for another instant classic, "Where We At," featuring Derrick Carter's stirring vocals.

Âme 's ability to fuse together seemingly disparate influences is greatly informed by their talents as DJs. Not given to fulfilling trends, their sets draw upon the whole of dance music's history and keep them in great demand around the world. Their regular nights at such establishments as Robert Johnson (Frankfurt), Fabric (London), Trouw (Amsterdam), Lux (Lisbon), and Air (Tokyo) are exceeded only by their marathon sets during Innervisions nights at their beloved Panorama Bar (Berlin). Those awaiting the opportunity to experience an A?me DJ or live set have been well cared for as well, as the pair have captured their curating skills on mix CDs for Sonar Kollektiv, NRK Sound Division and Fabric, as well as the landmark survey of historical minimalism, The Grandfather Paradox compilation done in collaboration with Dixon and Schwarz. Ame are set to follow this achievement with a period- spanning mix all their own, Primary Structures.

As core members of what they refer to as the Innervisions family, the duo are deeply involved in the group's operations. The imprint is renowned for exacting quality control, releasing only five or six titles a year encased in lavish artwork, many of which are widely tipped. With input from Wiedemann, Beyer and Dixon drive the label's A&R direction, selecting a few artists – who have included Laurent Garnier, Chateau Flight, Stefan Goldmann and Culoe De Song – to accompany the main cohort of Henrik Schwarz, Tokyo Black Star, and themselves. Fully prepared for the 21st century, Innervisions connects to its fanbase through a thoughtfully stocked web store which sells records, fashionable clothing and books like Tobias Rapp's Lost And Sound (which they translated into English) and its release subscription service. Ame are also crucial components of A Critical Mass, a live project that finds the pair, alongside Dixon and Schwarz, reworking the creative DNA of each other's songs in real- time. It's just one more facet of Âme’s artistry, further evidence of the duo's position at the forefront of electronic music.

Nope, Marcus Worgull’s parents didn’t have a record collection full of miraculous funk, soul and jazz records. Believe us, they didn’t. Consequentially, six-year-old Marcus didn’t place himself on a soapbox to play those non-existing ones to his relatives during family celebrations. I bet you are glad that we clarified that. Instead, Marcus had to go the really hard way. It were the late 80ies and growing up in cosy Wuppertal near Cologne, Germany that meant lots of learning, digging, searching and no perching at all.

As it goes with most passions, you cannot get rid of them that easy. So instead of making an occupational decision in getting an academic degree, Marcus choose the doomed path of music. A full-grown man by now with a mature record collection, he got deeper and deeper into the production side of it, recorded his first 12” for Spectrum Works, followed by the Texel EP including the still ueber-massive “Dragon Loop” for Berlin’s Innervisions imprint. Bound to the label of Dixon and Âme on a professional level and even more so on a personal one (friendship is way more important than fame and money a wise man once said, you know?), he is considered part of their inner circle and in-house producers. When he is not working on tracks for IV, you can catch him almost certainly on remix duties for people and labels like The Juan MacLean and DFA, Gerald Mitchell from Underground Resistance fame, Permanent Vacation and Running Back.

But most of all, Marcus is still adoring the art of moving butts, spending his weekends on planes and trains (he actually prefers driving a car) to carry a bag of records to prized clubs like Robert Johnson, Fabric, Plastic People, Trouw or Sub Club on the regular. His very own selection of well-made and often newly laid house music that knows its roots as well as it is yearning for the future or explores the leftfield, is what you can expect from him. You can also reappraise his methods (and love for other music) on each of his specifically created and applauded mix shows that float the net. All of this is presented and custom-made for your pleasure with the loving hands of a working DJ. Pure Worgold!

One of Oporto's finest exports, a city that it's gathering a reputation as a great incubator of underground movements and the ultimate inspirational city for musicians of the most obscure subgenres. Trikk was praised as a young talent and embraced by so many as the new star to look out for. After releasing on labels such as Innervisions, Optimo Music or Lossless nothing was left to prove. Trikk explores mainly house aesthetics in complex tracks, wisely composed. Trikk is fast, slow, rough and smooth all at the same time. Young, courageous and unique: a true member of today's underground. 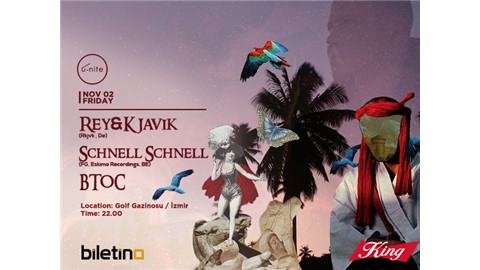 u.nite Presents: Into The Woods Festival 2018 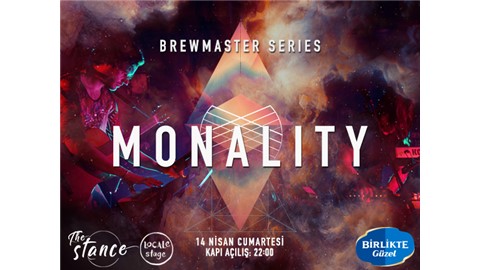